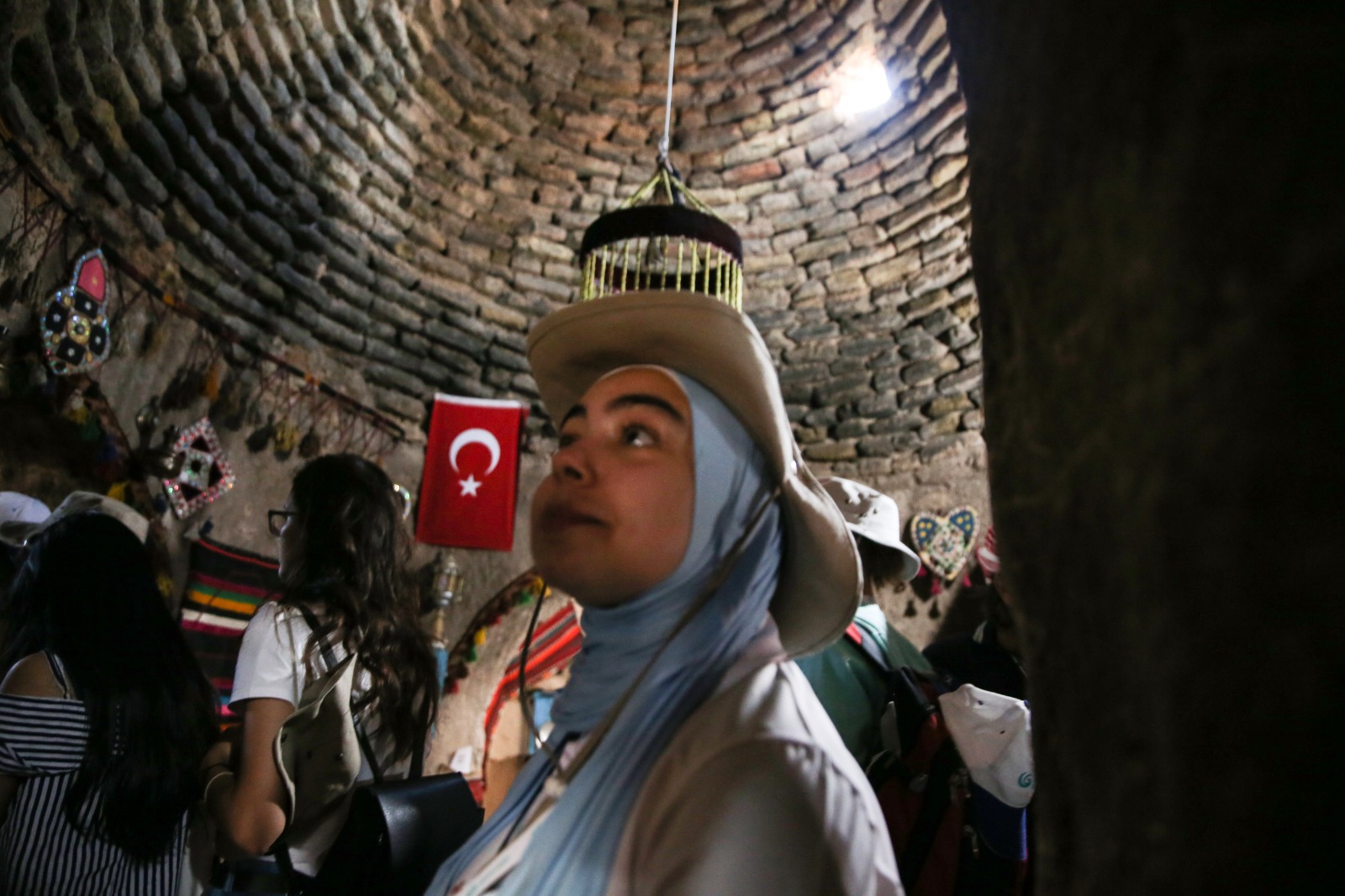 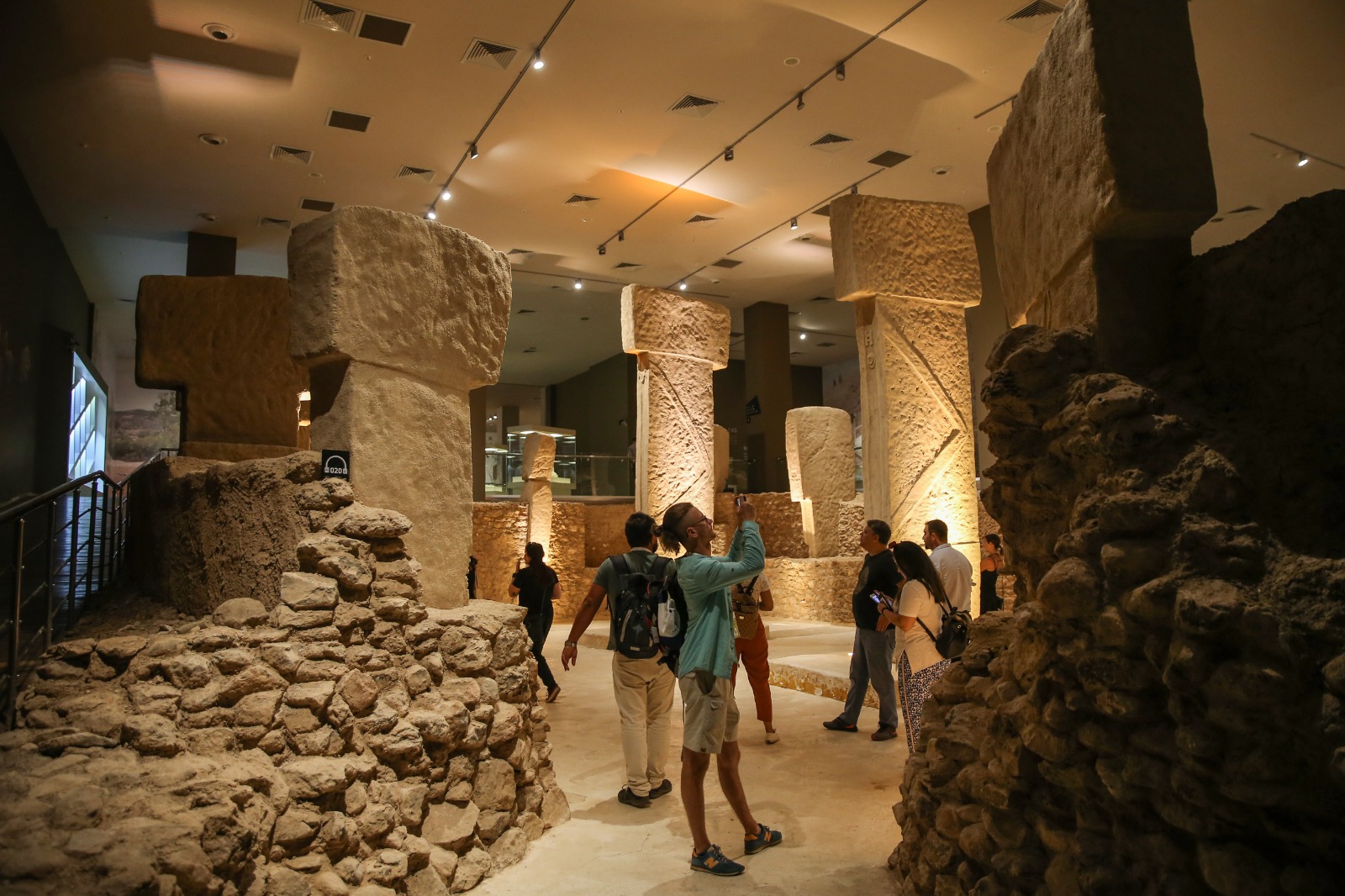 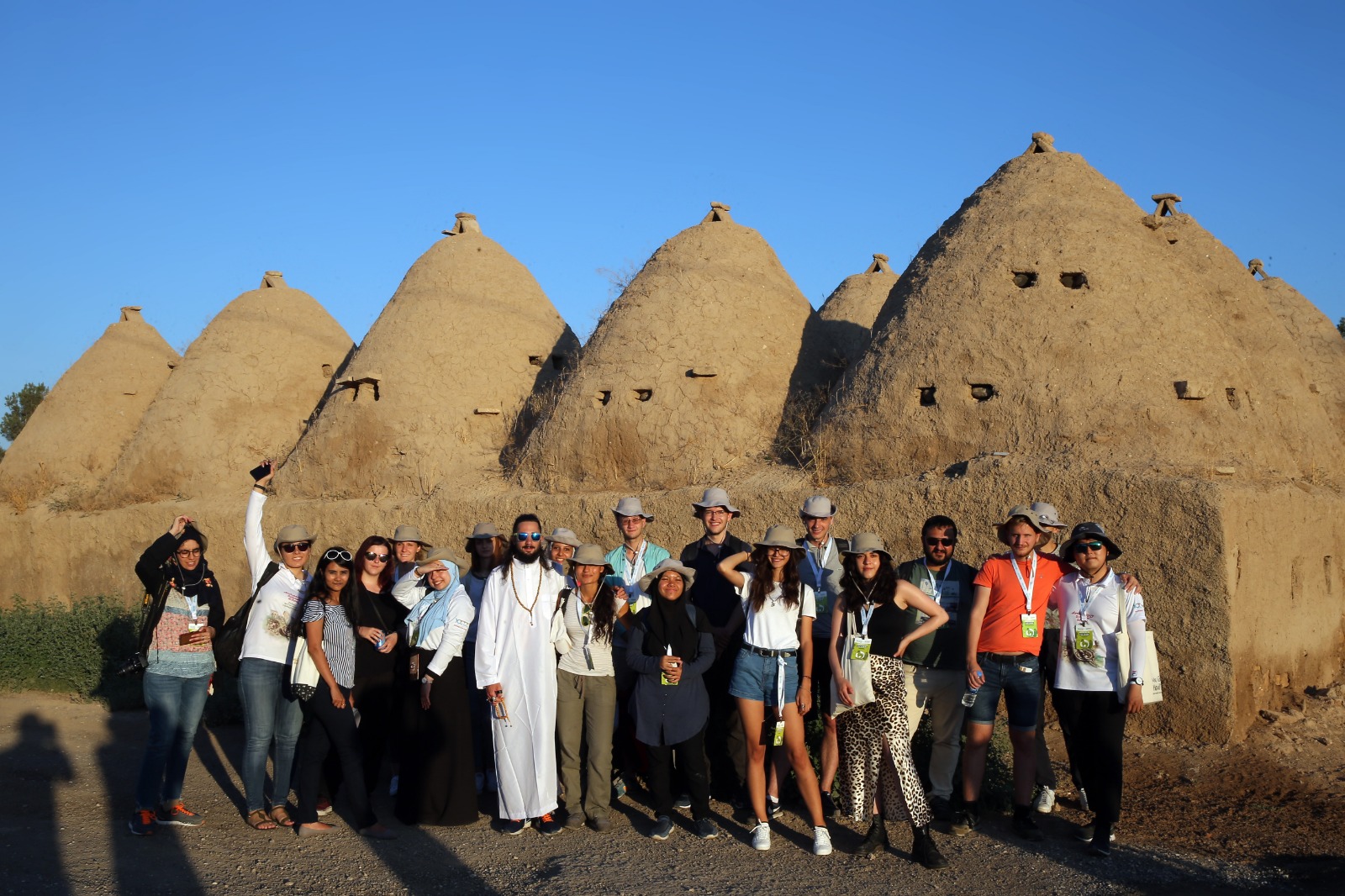 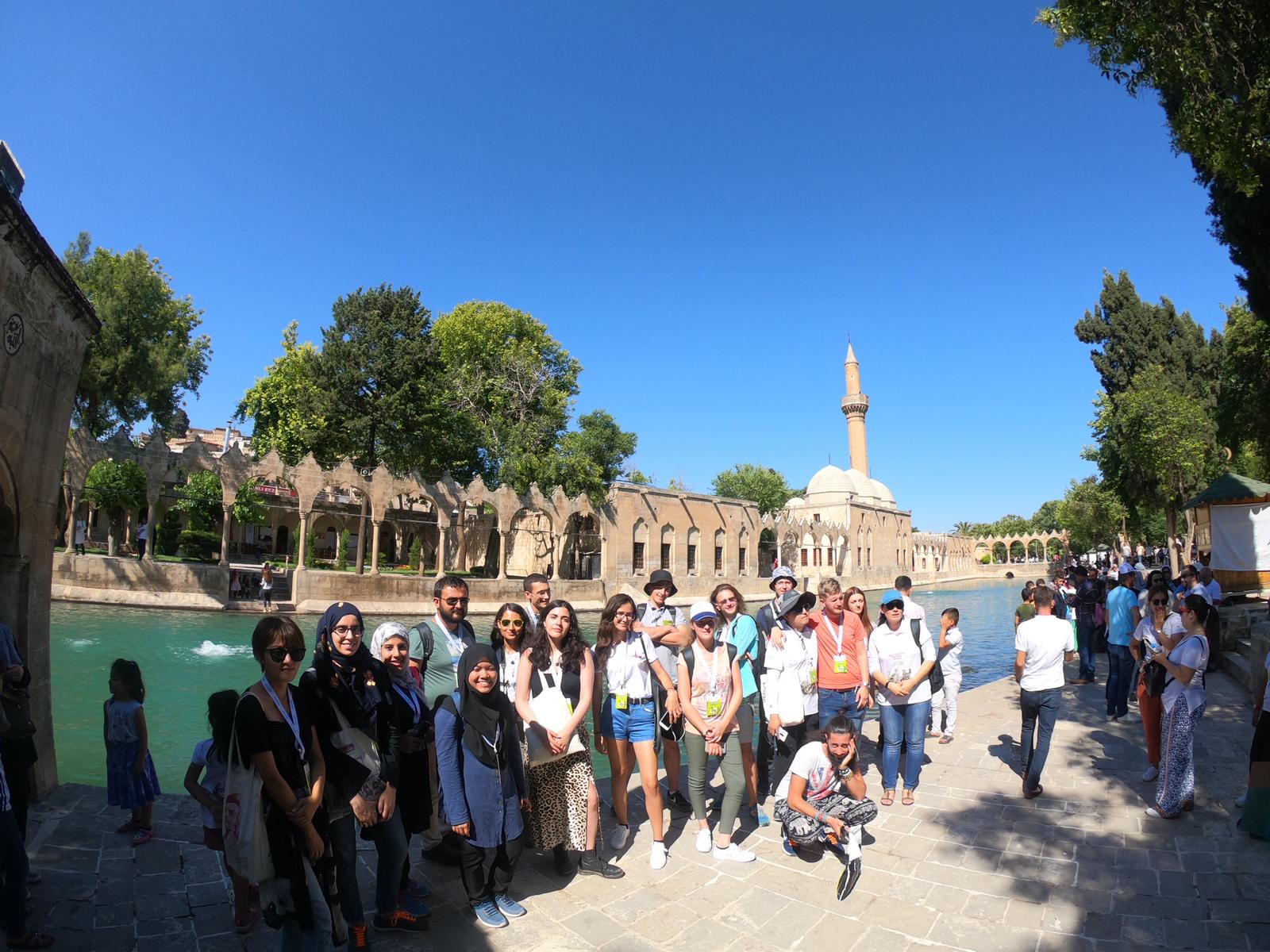 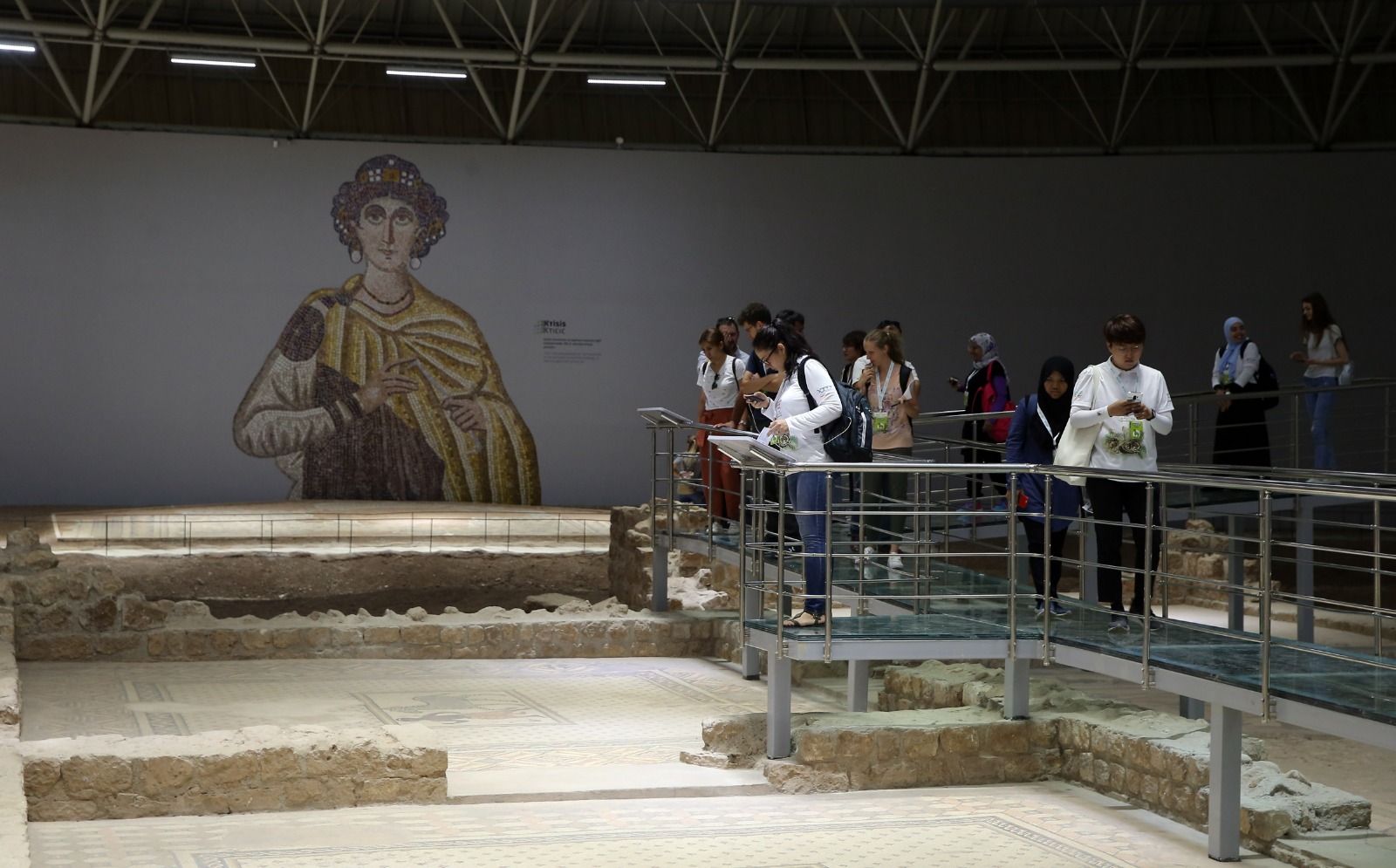 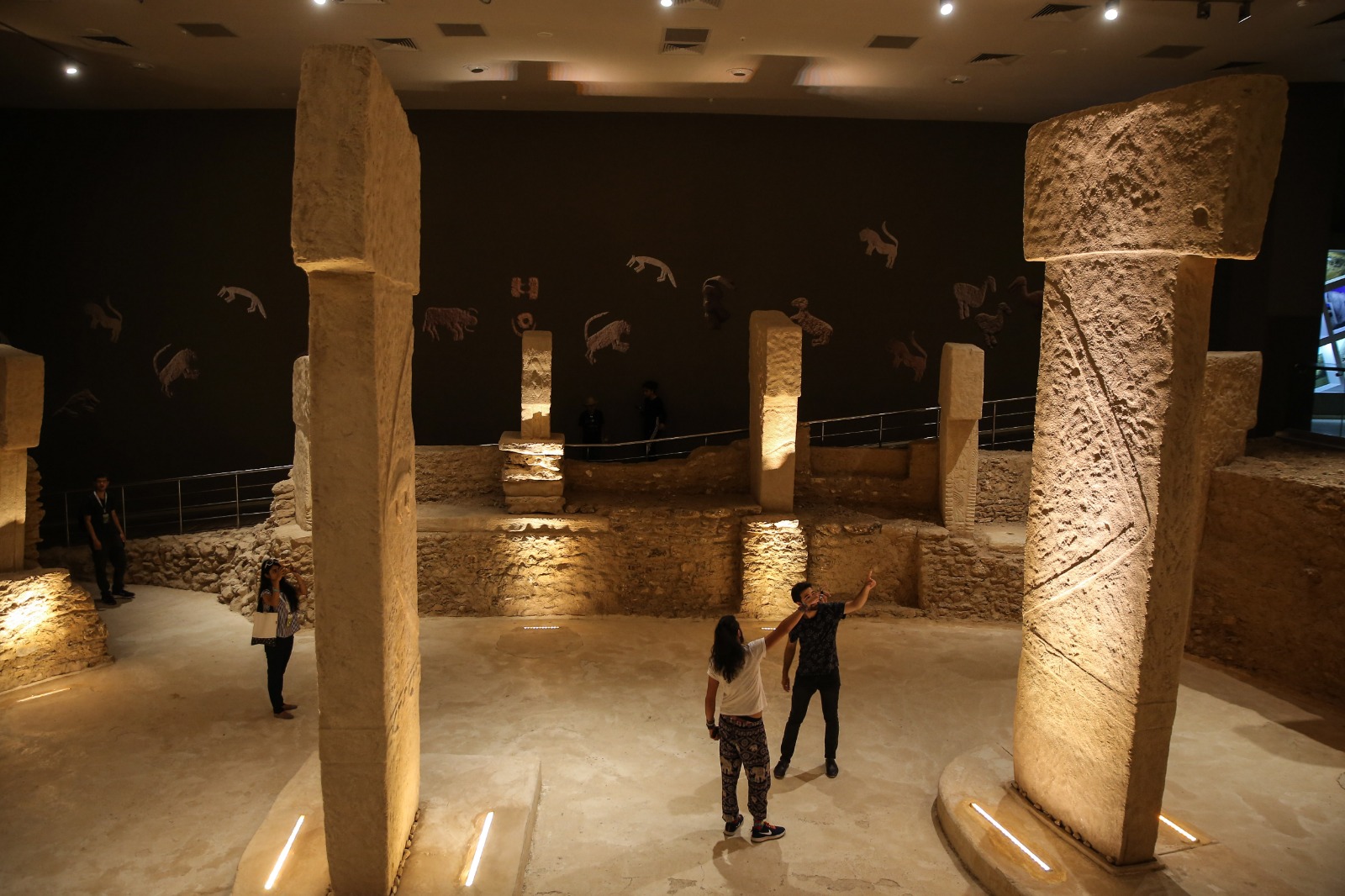 The Archaeology Summer School participants have discovered Şanlıurfa’s cultural heritage on the spot.

The first destination of the participants who set off to discover the ancient assets of Şanlıurfa, known as the land of the prophets, with support from the Southeastern Anatolia Project (GAP) Development Administration was Şanlıurfa Museum, Turkey’s largest archaeology museum.

At the cinevision room of the museum, the participants watched a document and learned about the culture and traditions of Şanlıurfa and its place in the faith history of humanity. Şanlıurfa is home to  hundreds of tumulus and ancient cities, including Göbeklitepe and other Neolithic sites, and students had a chance to closely examine numerous items in the museum that opened into different ages.

The historical voyage of the participants continued at Haleplibahçe Mosaic Museum, located within the Şanlıurfa Museum Complex. The next destination of the participants was Sakıbın Köşkü, a traditional inn where they tasted the local dishes of the city, famous for its rich cuisine and traditional music. In Şanlıurfa, a city with deep-rooted history and legends, the participants also paid a visit to Balıklıgöl (Abraham’s Pool), a site known for the miracle involving Prophet Abraham.

The participants stopped by Şanlıurfa’s Bedesten Bazaar where local clothes, delicious spices and accessories that represent Anatolia’s rich heritage are sold before heading for Harran. In Harran, which is home to the world’s first university, the participants were received warmly and they had a chance to talk with local people and try traditional clothes and experience the local culture on the spot.